Relationships ain’t easy and being with the same person for years and years can be a challenge. Growing up and growing old with someone takes skill – and wine!

In our first episode, meet the ladies behind Swirl & Sip and hear about how we’ve managed to find ourselves in relationships that have been at least a decade long. We talk about how we met, growing up with our partners, and get real on what it means to in relationships with someone for so long.

What We’re Sipping on This Episode:

Apothic Rosé – According to Apothic’s website the Rosé has “layers of strawberry and watermelon with a hint of raspberry, for a refreshing wine that is light in color, yet dark in nature.” To put it bluntly, we’re not fans. Now normally Apothic is one of our FAV brands. We sip the red on the regular. But we just aren’t feeling the Rosé. You can blame it on us being primarily red wine drinkers to begin with! Find more wines we sip on over on The Wine List.

The Story of Shara and Brandon:

Shara will she say has that classic love story. They met at the “illustrious North Carolina A&T State University” (as she says) during her senior year and his “technical” senior year (he added a double major) in 2008. If you ask Brandon, they actually met a year before but that’s debatable. While they were both on the Executive Board, Brandon as President, Shara as Secretary, they worked together and eventually got to know one another. While Shara had no interest, Brandon asked Shara for a “Netflix and chill” date which eventually led to them becoming an item. Once graduation came, Shara headed off to grad school in New York while Brandon finished up his degree in North Carolina.

They did the long distance thing for almost 3 years until the moved back home to the DC area. After almost 5 years of dating, Shara finally let Brandon know that it was time to “piss or get off the pot”. She let him know she would not be in the same space the next year even though she very much loved him. Brandon decided it was time and popped the question in 2014 while they vacationed in the Virgin Islands. They got married in July 2015. They’ve been together eleven years and have been married for almost five.

The Story of Sasha and Richard:

Whew… get ready for a ride! Sasha and Richard met the summer right before their summer year of high school. Coincidentally, they both have the same best friend who introduced them during a summer break cookout (because they actually went to completely different high schools). Sasha immediately thought he was a cutie and they exchanged numbers. That night, Richard made the bold move and called right away (forget that 3-day rule) and they talked for hours that night. A week later, after one more movie date, Sasha pretty much told Richard they were boyfriend and girlfriend. They dated all through high school and attempted a long-distance semester while Sasha went to college at A&T for one semester before coming home.

The college years were rough for both Sasha and Richard. There was infidelities on both sides of the relationship and no understanding of how to grow together. In 2010, Sasha’s dad unexpectedly passed away. By May 2011, they were engaged. By October 2011, they were broken up. After a year of back and forth, talking and then not speaking, and dating others, they made their way back to each other. They got engaged again in October 2015 and married in May 2016. They’ve been together for 17 years and married for almost four.

Navigating long-term relationships can be a challenge. People change and you have to be able to give your partner leeway to change. That may mean you grow apart but you (together) need to find those ways to make your way back to each other. Change is not a bad thing! It’s good when people change and become more refined versions of themselves. As you and your partner change, try to remember how you started. Love is a decision!

Listen to the full episode on Apple Podcast, Spotify, Google Play, Tunein, or wherever you get your podcasts or listen below!

Like what you heard? Subscribe to get notified with the newest episodes! Don’t forget to rate and review, too!

#SharingisCaring share our podcast with a friend, or three! 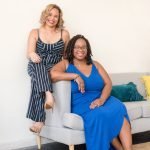 Hi We're the ladies and co-hosts behind Swirl and Sip! We've been friends for over a decade and are having fun traveling through all the hoods in life together - womanhood, wife-hood, and motherhood - all with a glass in wine in hand! Subscribe to the podcast to hear us dish about #allthethings and find a new bottle of wine to try!

Families come in every shape and form and how luck

Motherhood is one of the most challenging things i

And that's a wrap on Season 4! We can't believe we 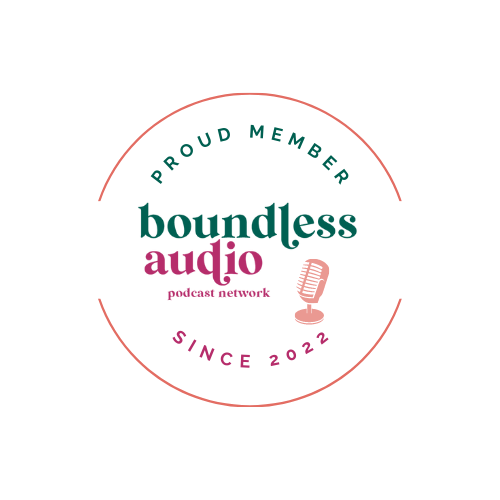 Families come in every shape and form and how luck

Motherhood is one of the most challenging things i

And that's a wrap on Season 4! We can't believe we

Mama Needs A Staycation! Did you catch the latest

We need a break!!! Drop your favorite staycation

It's National Wine Day and a lot of us are settlin